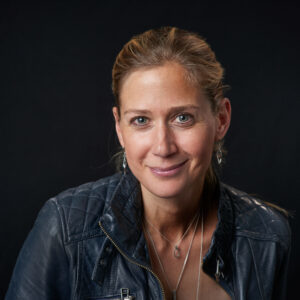 Nicole Van Beurden is a former professional triathlete with a degree in kinesiology from the University of Toronto.

As a NCCP level 1 & 2 certified triathlon coach, Nicole has been coaching runners, cyclists, and multisport athletes for 15 years.  Nicole also teaches our popular Virtual Biomechanics Swim Techniques Seminars and you will see her on deck coaching many of our Junior Development and Masters swim sessions.

Originally a basketball player, Nicole found triathlon by way of track and XC. With a 5km pb of 17:10, Nicole clearly has the speed to match her ultra-endurance resumé which includes 15 iron distance races and as many half irons.

As a super cyclist, Nicole understands how to power a bike, but as an inventor and entrepreneur, Nicole engineers speed. She has spent the last 10 years developing race wheels and a bike frame and launched Sōr Cycles with Phil White in 2021. Nicole is also highly sought after for her carbon repairs. Above all else, Nicole’s passion for seeing her athletes and fellow competitors succeed is genuine and palpable and her commitment to sport as a way of life, ever inspiring.