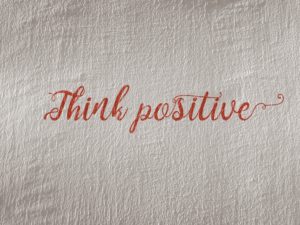 You don’t have to have really low self-esteem to hear the inner critic. We all hear it at some point, even the most confident and accomplished people are well-acquainted with its dismissive, aggressive tone. When our defenses are down, and we’re physically and mentally tired as we are in a race, the conditions are super-primed for that critic to appear. So, how do some people silence it while others cave to an ever-increasing volume of internal attack? The difference is in how we relate to that voice. Here are a few ways to shut it down.

1)    For Coach Norton, the key is to acknowledge the critical thoughts as they emerge and then relate to them simply as a normal, to-be-expected occurrence. Doing so robs that critical voice of its power to stop us in our tracks.

2)    Intercept and redirect. When your mind goes elsewhere (away from negative thinking), the body follows. Again, it’s not about fighting to ignore the critical voice (or worse getting mad at yourself for letting it speak!), rather, it’s about acknowledging it but then pairing it with a pre-chosen positive idea or phrase. For example, every time that voice comes up, try saying to yourself “I believe in myself” or “I’m more powerful than my doubt”—choose something that resonates for you and practice it. It can be a felt sense or visualization exercise as well, such as immediately imagining how great crossing the finish line will feel. See yourself smiling and at ease as you cross it. Intercepting the negative thoughts and redirecting your attention to something positive is energizing and far more constructive.

3)    Practice your empathy. As above, acknowledge the critical thoughts, but then imagine they are addressing someone you love—say your best friend or significant other. Would you let someone talk to your beloved in such a way? If not, then imagine what you would say in their defense and say it about yourself.  For example, what if someone said to your best friend: “Quit now—you’re already way off your goal times. You’re so far out of your league. You should be so embarrassed at your performance here!” You might say, “Really?! She busts her butt all week at a demanding job, is a phenomenal mother, a gracious and generous friend, and she manages to train for these events and she always brings her A game. She will absolutely hit that time goal and if it’s not today it will be at the next race! I believe in her—I know what she’s made of.”

Give it a try. For some of us, distancing ourselves from that voice (paradoxically by way of empathy) can make all the difference.

Whichever one you try, learning how to relate to your inner critic in a new way takes practice. Your response to it may not change overnight, but don’t forget to acknowledge your incremental progress and keep at it.