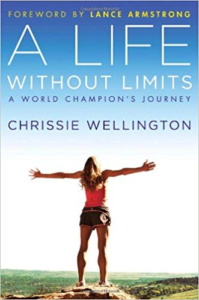 We all know there’s much to love about triathletes, but here are four gestures in the history of the sport that epitomize the emotional, psychological, and physiological excellence that defines triathlon.

The Crawl
There are two famous crawling moments in triathlon, and they both exemplify the remarkable power of the female athlete. The first took place at the 1982 Ironman World Championship when, while leading the race, an utterly exhausted 23-year-old Julie Moss collapses just meters from the finish line. Willing herself to her feet, she falls again when she is past by second place Kathleen McCartney, who has no idea she has just won. Moss famously crawls to the line, an action that came to define the determination and strength characterizing the sport.

The second famous crawl took place at the 1997 Ironman World Championships when the top two women came into the finishing shoot. Their bodies shut down as their legs gave out beneath them. Leading with a slim and hard-fought margin, Sian Welch falls to the ground as she hits the blue carpet. She tries desperately to get to her feet as Wendy Ingram pulls up beside her and then also dramatically collapses. They race to the finish on all fours. It is among the most moving and awe-inspiring moments in the sport.

The Surge
Known as the “Iron War,” the storied duel that took place between Dave Scott and Mark Allen at the 1989 Ironman World Championship conveys much about the respect the sport cultivates between competitors and their ability to push one another to seemingly impossible levels of greatness. After running stride for miles, 8hrs into the race, Mark Allen surges ahead of Scott, blasting open pre-conceived limitations of all kinds and raising the sport to new heights.

The Smile
The ever-beaming Chrissie Wellington is famous for her record-shattering performances in the sport. The four-time Ironman World Champ never lost a full Ironman and posted nine sub-8-hour Ironmans. Yet, Wellington is also famous for the remarkable sportswomanship she displayed throughout her career (including popularizing the Blazeman Roll, raising awareness and funds for ALS ) as she smiled her way through every race no matter how hard it hurt. She continues to be an empowering advocate for women in sport. Check out her book, A Life Without Limits: A World Champion’s Journey.

The Carry
In a moment that defines brotherhood, excellence, and competition, two-time Olympic gold medallist and two-time world champ Alistair Brownlee carries his disoriented, heat-exhausted brother Jonny (himself an Olympic silver medallist) over the finish line, pushing him to second place while taking third place himself at the ITU Cozumel World Cup in 2016.